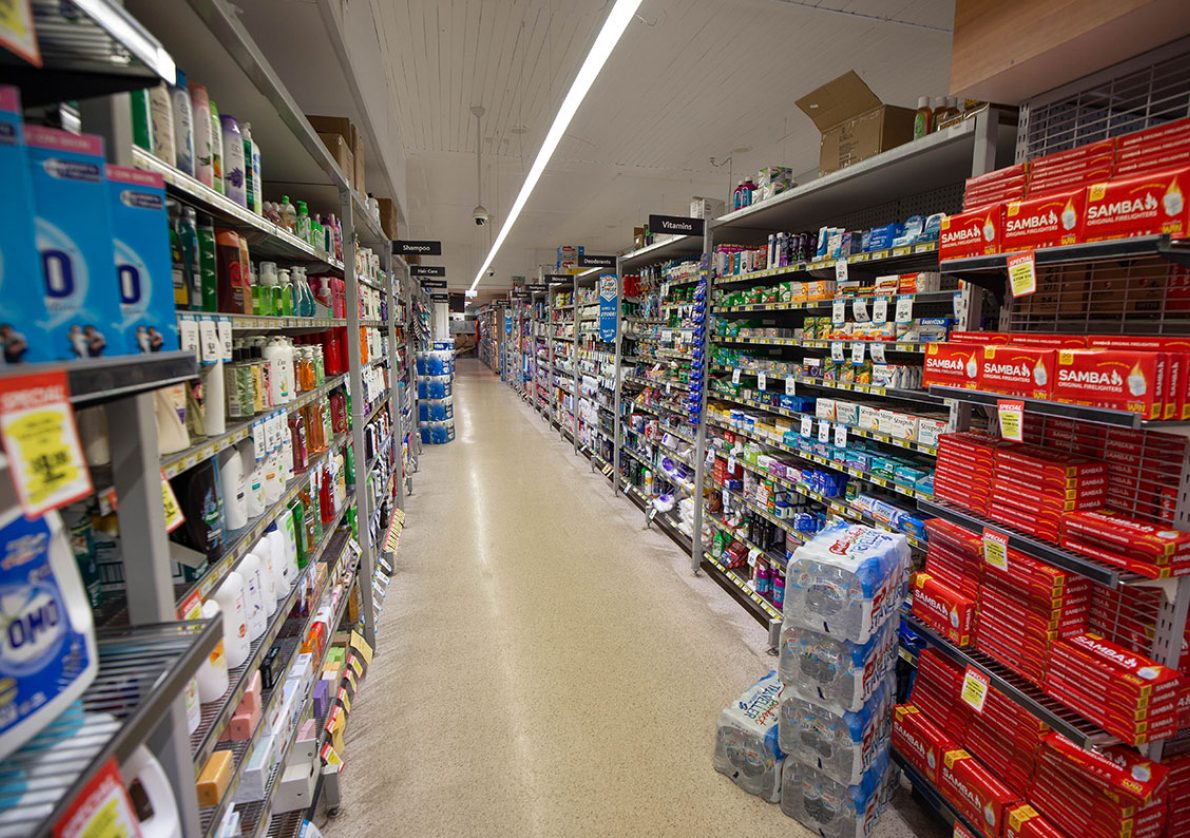 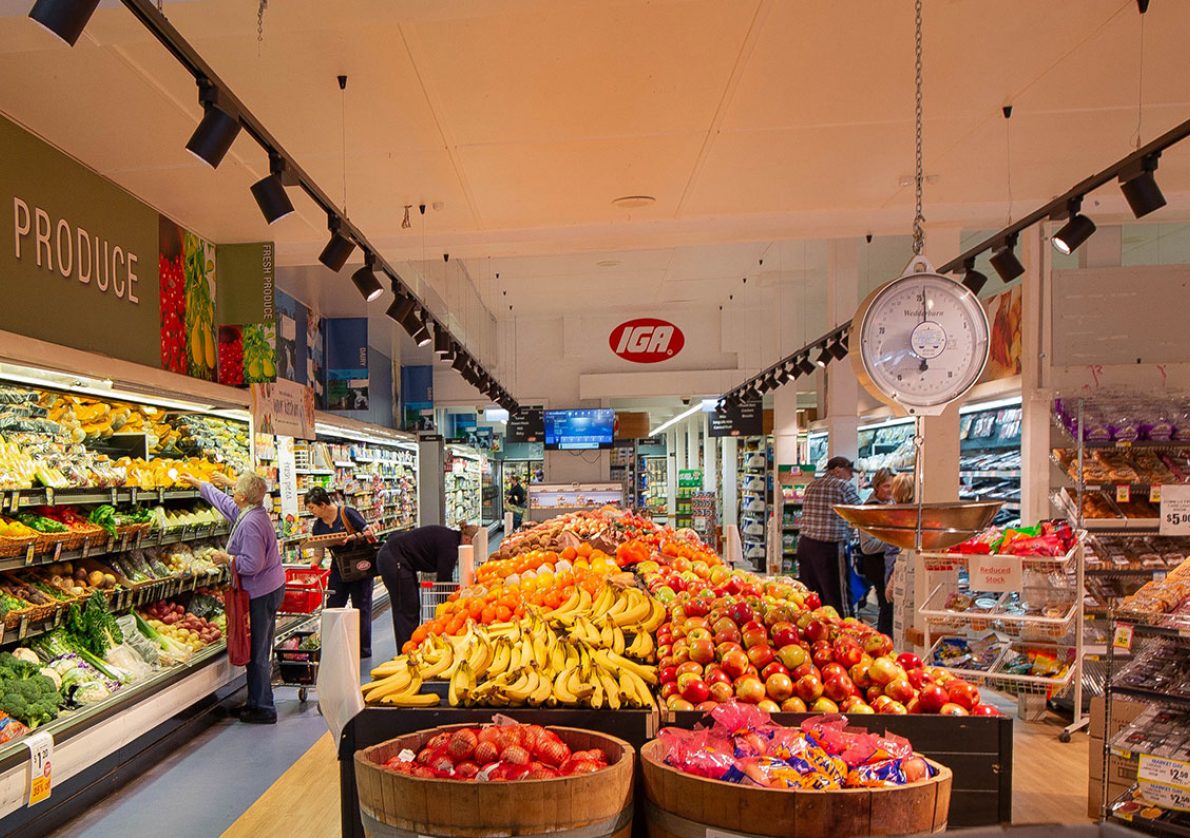 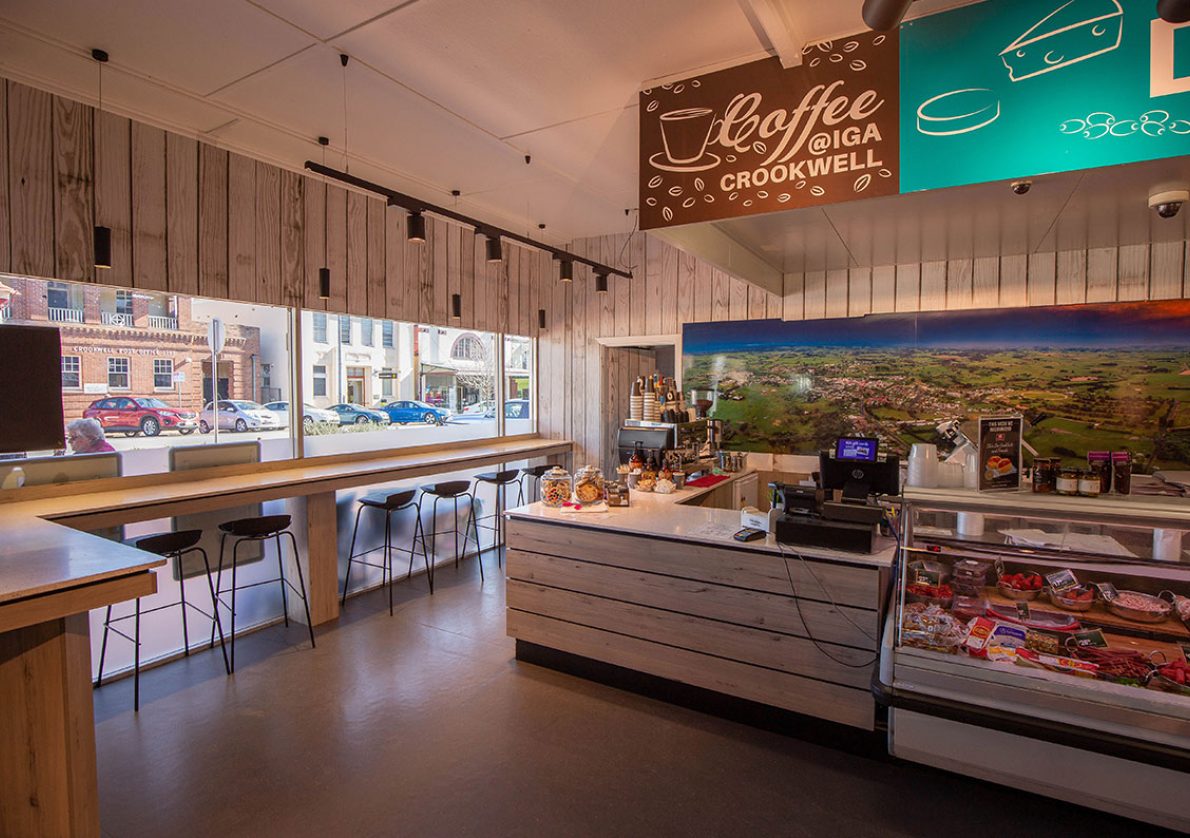 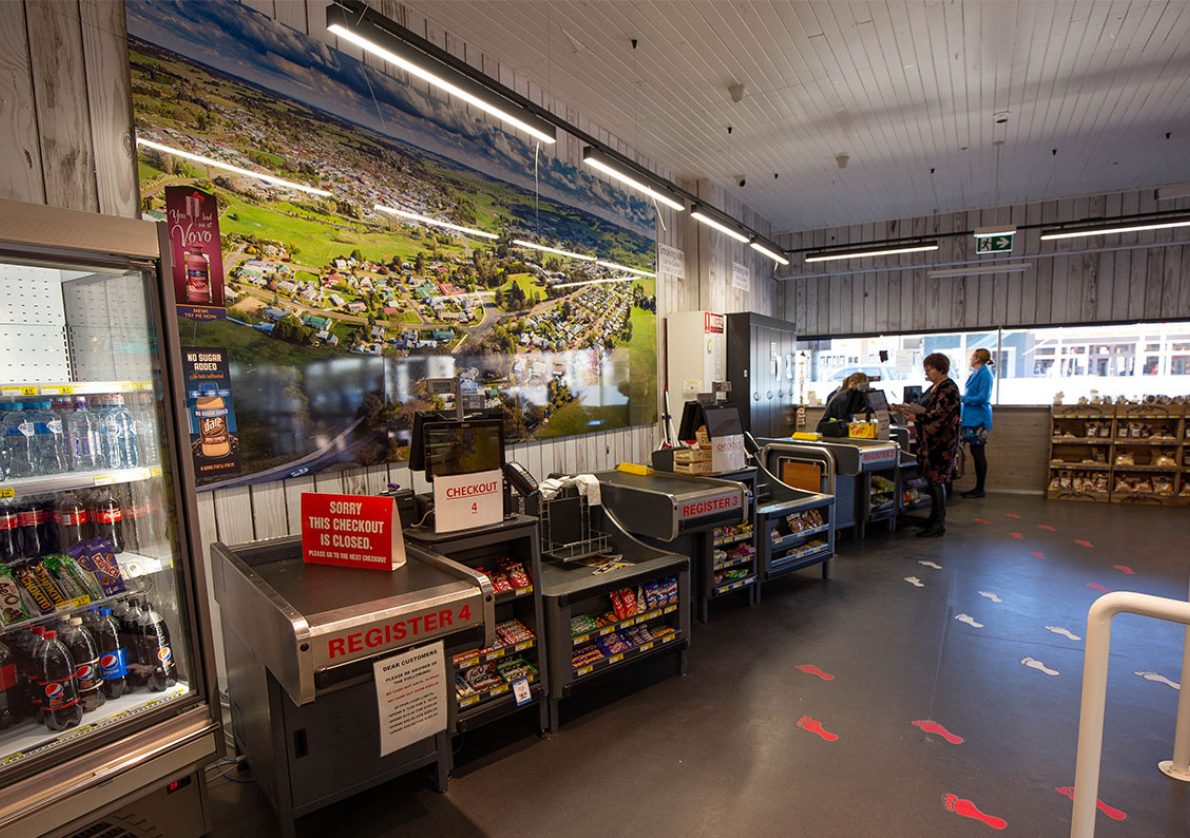 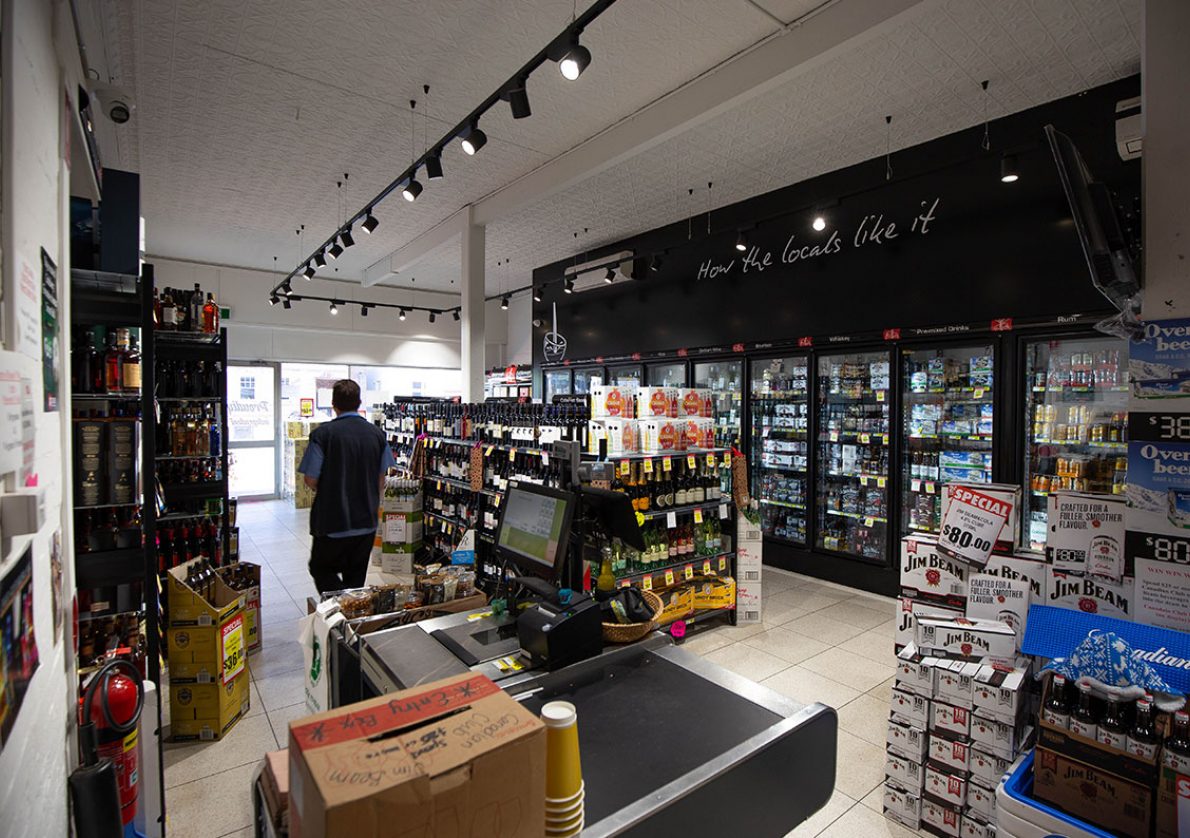 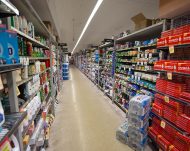 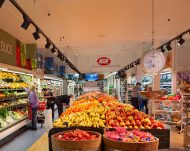 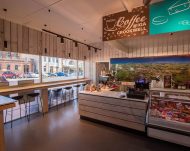 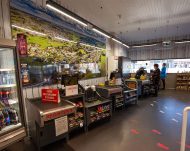 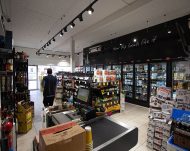 The IGA Plus Liquor supermarket in Crookwell, located in the Southern Tablelands of NSW services a small community population of about 2650. Aglo Systems was approached to improve the store lighting, make the space more welcoming and at the same time reduce energy consumption.

The stores existing fluorescent batten lighting was poorly illuminating the vertical shelving in the aisles. The ambience of the front point-of-sale area and the display units such as the fruit and veg and bakery sections illuminated by suspended fluoro battens was flat, lacklustre and uninspiring.

For the aisles, bright and uniform coverage on the vertical shelving was achieved without energy wasted on illuminating the floor using the Mondolux Mons-C LED trunking system. This all-in-one system offers a 5-wire trunking rail, interchangeable LED modules and lens optics which can be surface mounted or suspended.  It has an excellent energy efficiency of 160lm/W at 80CRI, is very easily installed, highly versatile and enables 3-circuit track to be integrated to mount spotlights. Compared to fluorescent battens positioned end-to-end, this trunking system is compact and delivers a continuous line of illumination because each length is joined seamlessly together. The seasonal products on the ends of each aisle were highlighted using Messina Midi spotlights connected to the trunking rail.

A different approach was applied to the lighting design concept for the fresh produce areas. Here, we gave emphasis to the individual product displays using the contrast between highlighted product and darkened background areas. A sense of drama was created that allows the shopper to focus singularly on the desired product. For these areas, we specified the Mondolux Messina Midi spotlight with a high colour rendering ‘Brilliant Vivid’ LED chip. This LED technology enriches the true colour of products and makes the textures, tones and finer detail more visible. The overall result makes fruit and vegetables appear fresher, with more colour and vibrance; bread looks warm, rich and crispy; and meat is red and juicy. Compared to fluorescent lighting, the colour rendering fidelity of ‘Brilliant Vivid’ LED is phenomenally better. 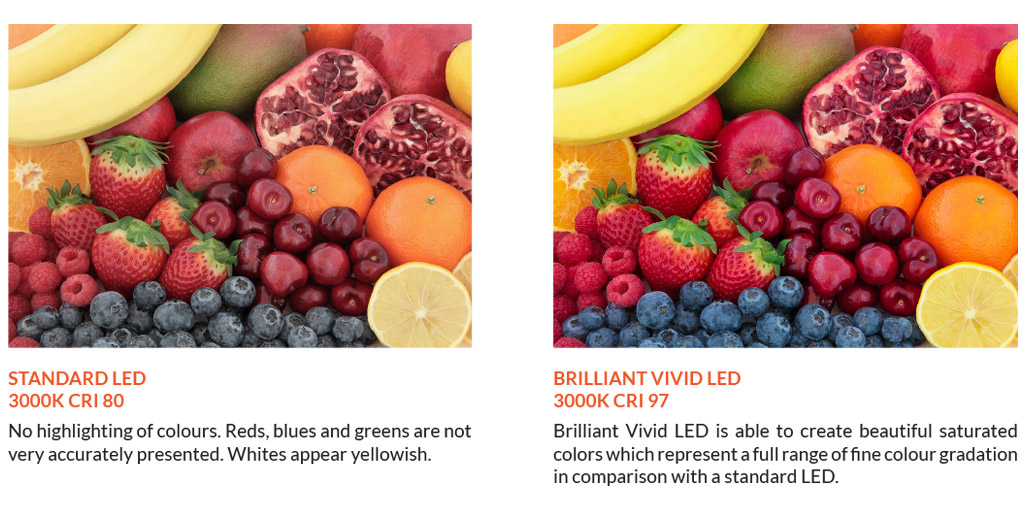 The fluorescent panels that were recessed into the lower height ceiling at the rear of the store were directly retrofitted with equivalent LED panels.

The final result is a supermarket which is more inviting and entices the shopper to spend more time in store. The savings directly achieved from LED lighting for this 725m2 site are substantial, with an energy reduction of 50.9%. 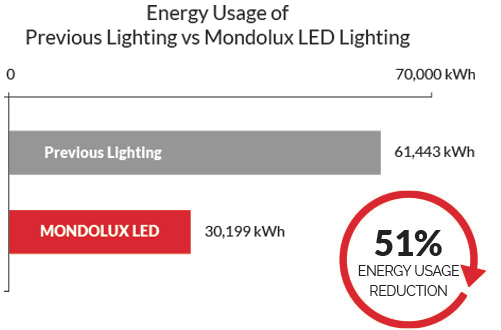